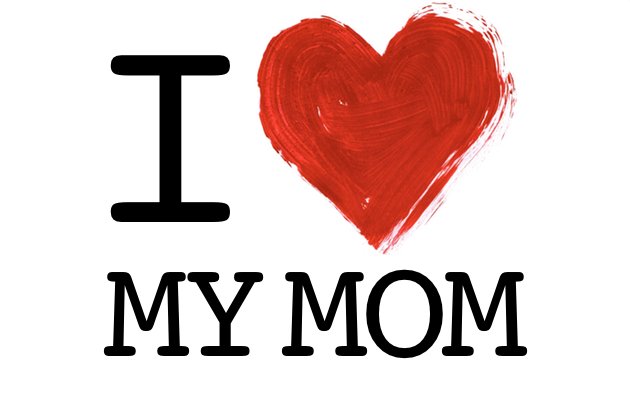 As I walked through the front door at 8pm for the fourth night in a row, desolate knowing that yet again I’d missed my daughter’s bedtime, I knew there was only one person I could speak to who could make me feel better: my mother.

She’d worked all through my childhood, after all. She’d understand. I wasn’t prepared for what she said to me. “Your boss won’t thank you for working all these extra hours, but it would mean the world to Ottilie for you to be there to kiss her goodnight.

Just think about what you’re missing out on.” I’d expected her to tell me that my daughter was fine and to stop making myself feel guilty but in fact she’d said the opposite.

I can’t tell you how much I regret all the time I missed out on with you when you were little because I so busy at work all the time. Don’t make the same mistakes as me.”

While she certainly didn’t suggest I quit my job and don a pinny, she did help me to think about my priorities. My life has changed: I can’t put in the same hours at the office that I did before I had a child and I owe it to my daughter to at least be able to put her to bed if I haven’t been with her during the day.

It was the advice I needed to hear, and she was the only person who could give it to me.

The trouble is that for many women, the advice and help that would have been on-hand from their mothers 30 years ago isn’t as readily available today. Work and lifestyle choices often mean that we live miles away from our parents – a recent report from WRVS, a leading age positive charity – found that 82 per cent of children who had moved away from their older parents had done so for work reasons and that when they live over an hour away, 48 per cent see their parents just once every two to six months. In January, Age UK published a survey which found that 32 per cent of grandparents “only see their grandchildren once a month”. But the blame doesn’t lie squarely with the children – our parents are busy, too. The cliché that the older generation is busier than ever stands to reason: of the nation’s 14 million grandparents, 1.5 million are aged under 50, 7 million are under 65, meaning that often they have elderly parents to care for themselves. And with the retirement age of 65 having been scrapped, many are continuing to work for as long as they want (or need to). All this leads to little time left to spend with grandchildren, and a new generation of mothers who aren’t getting the support which would have been a given years before.

Parenting trends and guidelines might have changed but the emotions are the same. A new mother in the 1970s would have felt the same maddening exhaustion from lack of sleep, the worry over why their baby hasn’t started walking and made the difficult decision whether to return to work that her daughter is experiencing today. They are the very same issues that will affect every generation. It is converse that at a stage in life when women need their mothers, their wealth of advice more than ever, we miss out, substituting their help for a reliance on parenting ‘experts’. But if we can’t see our mothers as much as we’d like, what are the lessons we can learn from their own experiences and regrets that we can keep with us?

Gaye Forster, a mother of three grown-up children and a new grandmother to newborn Tatiana, was 35 when she had her first child Tiffany, her son Alexander 18 months later and daughter Amy two years later. “I had no mother to guide me as she had died when I was in my early twenties and I recall that I did not relax and really enjoy all my children’s special baby years. Life was so busy: we were renovating a house, moving out of London, and then I was working. I’d worry about the house being untidy and the laundry not being done – so unimportant in retrospect.” It’s a statement as true today as it was back in the 1980s.

For Diana Murphy, a mother of four and a grandmother of two, grandparenthood offers her the opportunity to make up for the time she missed out on when her own children were small. “I had my children very close together and was also helping with the family business and I never took time to really enjoy my children. I don’t remember reading a lot of bedtime stories to them. It’s a great regret of mine and one that I try to make up now.”

So in those moments where you find yourself burning the midnight oil in the office and missing another bedtime remember your mother was in your shoes once – what would she have done differently?

baby&me is the first luxury magazine of its kind to solely target young families on a monthly basis. More than just a parenting title, baby&me is a glossy, intelligent read with stylish fashion photography and challenging features from award-winning writers. Covering family life, health, entertainment, education, travel, food, fashion, interiors and more, baby&me is an inspiring read for discerning mothers who want more from a parenting magazine.

Scroll back to top