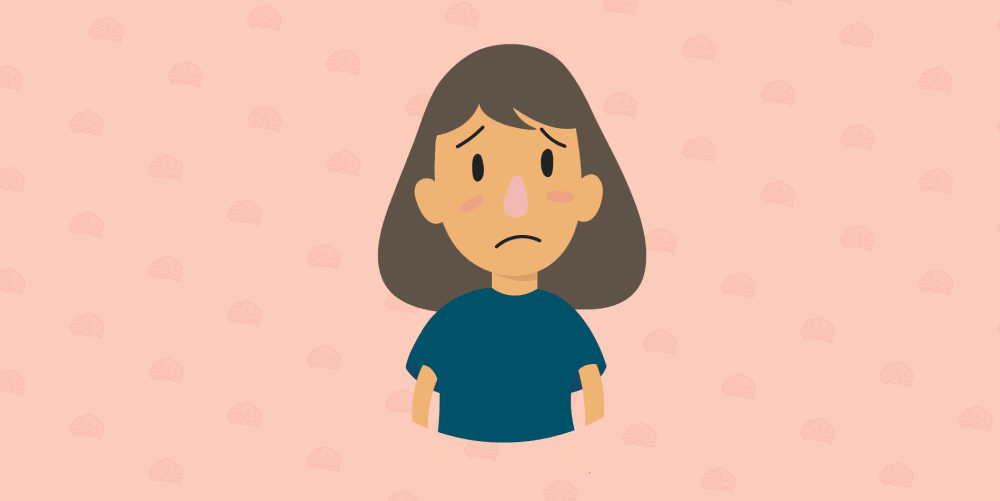 As I tearfully rocked my baby to sleep, it dawned on me that I hadn’t left the house for nearly a week, let alone speak to another living soul. My husband was the sole target for my angry exhaustion. I knew this wouldn’t last forever but it was hard to enjoy any aspect of motherhood when everything felt so difficult and relentless. Why couldn’t I enjoy my child like every other mother seemed to?”

The coming of a baby into the world is a momentous event for every new parent. And yet, for as many as 20 per cent of women the birth of their child can coincide with feelings of anxiety and depression that cast a shadow on a happy time. It’s no surprise that the arrival of a baby is a period of major readjustment for new parents – the toll of having a small person to care for 24/7, constant fatigue, changes in relationships within the family and worries about money and security – all of these can add fuel to the hormonal fire and contribute to periods of depression.

Pregnant mothers preparing for birth are often warned about the ‘baby blues’; feelings of tearfulness and anxiety as hormones shift immediately after the arrival of a baby. But how does this momentary weepiness differ from postnatal depression? The symptoms of postnatal depression are no different to the symptoms of depression at any other time of life according to Dr Maddalena Miele, Consultant in Perinatal Psychiatry at The Portland Hospital for Women and Children, and can include tearfulness, irritability, low mood, disrupted eating and sleeping, lack of energy and an inability to enjoy life. As Dr Miele points out, it can be hard to tease out the symptoms of depression from the impact of radical changes in lifestyle that a baby automatically brings. “Women often feel guilty,” she says “because they have all they ever wished for and yet they still can’t be happy and often internalise blame for not ‘pulling themselves together’.”

The occurrence of postnatal depression is nothing new. Louis-Victor Marcé, an eminent French psychiatrist, published an important monograph in 1858 on pre and postpartum psychiatric disorders; the title partly translated as a Treatise on the madness of pregnant women. His work was an early statement on the high risk of depressive tendencies both before and after birth that modern medicine now recognises. Despite his groundbreaking work women in times past were probably more or less left to get on with bringing up their children regardless of how they felt and without any recourse to support given the stigma that surrounded mental health issues at the time.

Whilst it’s impossible to identify specific factors that predispose women to developing postnatal depression, there are risk factors which are common to sufferers according to Dr Miele; a personal history of depression, unplanned pregnancy, having more than 3 children under the age of five, a lack of supportive relationship with a partner and social isolation. The absence of immediate familial support is key according to Liz Wise, a counsellor for Cedar House (a postnatal depression support group based in south west London). “Once upon a time, a women’s mother or close relative would look after her during and after birth,” she says “but society has changed and we are often geographically separate from our families and that lack of support can be a isolating factor to a mother after birth.”

It seems our culture has much to do with how we adapt as mothers. The term ‘confinement’ may sound almost Victorian, but in fact it still exists in Asian society. Arguably there is a great deal of sense in having supportive, experienced women around you before and after birth helping a woman prepare for labour and then in a more practical sense assisting with breastfeeding, preparing nourishing food and encouraging rest. Trans-cultural studies show differences in prevalence statistics to underline that where close-knit female communities exist there are in fact lower rates of postnatal depression. In her book You and your bump, acupuncturist and fertility expert Emma Cannon talks about ‘doing the month’ where women can like their Asian counterparts allow themselves time to adjust, rest and build their energy.

Although postnatal depression is nothing new, the triggering factors have changed with the times. With parents sharing the economic responsibility for their families, women are often under pressure financially to get back to work as quickly as possible whilst conversely the message from a public health point of view is to aim to breastfeed for 6 months. Women are trying to balance jobs, families and a lifestyle often influenced by media images of maternal perfection. Something has to give.

Julia Lewis, a mother of 2 and ex-CEO, struggled after the birth of her second child Tom and found that the biggest impact was a total loss of confidence and identity. “I felt constantly exhausted and disoriented. I agonised over making simple decisions, and basic tasks seemed out of my reach.” Life changes had a huge impact upon her family at a vulnerable time. “We moved counties for my husband’s work shortly after Tom’s birth. I was thrown into house hunting in unfamiliar areas, finding new nursery care, and making new friends. I couldn’t decide whether my feelings were due to these circumstances, or if I really had some sort of depression. Eventually one day I just stopped functioning – I was frozen to the spot sobbing. Luckily I had the presence of mind to phone my husband who rushed to help with the children, and arranged an emergency GP appointment for me. I wish I had recognised it sooner, but I couldn’t make a distinction between exhaustion and depression. I hadn’t appreciated that a large part of depression is exhaustion.”

Treatment for depression both pre and postpartum is usually successful with the right combination of treatment for the individual. There is a good chance of recovery with counselling or group support and sometimes antidepressants, depending on the severity. Access to the appropriate treatment can vary with the available provision across London, but many GPs can give access to counselling and some boroughs have well established perinatal mental health teams in the community. Family members, community midwives and health visitors can play an important role in monitoring and identifying the early onset of symptoms, ensuring that critically early help is found.

The media often portray the extreme end of postnatal psychiatric conditions, sometimes involving tragedy to loved ones. But it is important to note that puerperal psychosis is a very rare psychiatric condition affecting only 0.2% of postnatal mothers. Women with puerperal psychosis experience psychotic symptoms in the form of abnormal beliefs often of paranoid nature and hallucinations, most commonly auditory type. Normally the onset is within the first 6 weeks after delivery. Treatment is usually as an inpatient with the baby close to the mother. Usually mothers respond well and there is no lasting impact on the relationship between mother and baby.

baby&me is the first luxury magazine of its kind to solely target young families on a monthly basis. More than just a parenting title, baby&me is a glossy, intelligent read with stylish fashion photography and challenging features from award-winning writers. Covering family life, health, entertainment, education, travel, food, fashion, interiors and more, baby&me is an inspiring read for discerning mothers who want more from a parenting magazine.

Scroll back to top